In 2006 the People of Russia made a beautiful gift to the 911 victims.

The 100 ft. tall memorial is a beautiful “Tear Drop” that is suspended between the broken and cracked rock face that forms the shape of the two towers.

The tear drop represents the tears of the world on that dreadful day known as 911.

Which all sits on an octagon shaped marble where all the victims names are engraved. 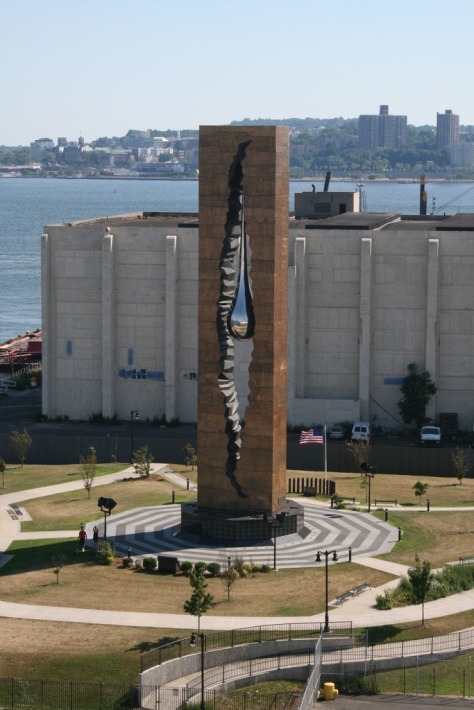 I never knew until today that this beautiful tribute to our fallen family and friends of New York City existed. The monument sits next to the Statue of Liberty in Bayonne, New Jersey. 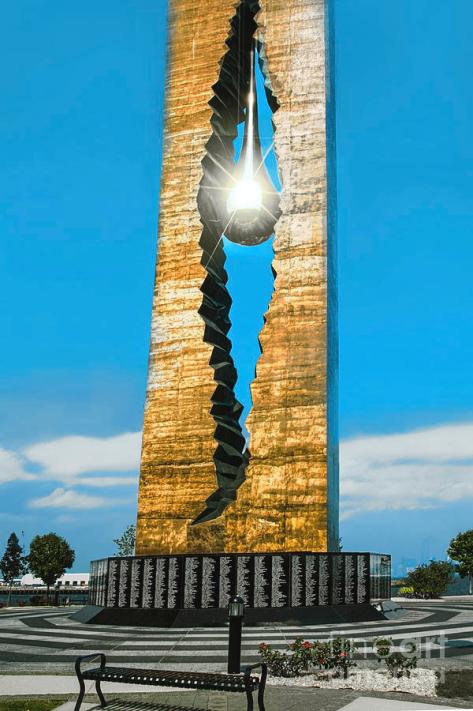 To the Struggle Against World Terrorism (also known as the Tear of Grief and the Tear Drop Memorial) is a 10–story sculpture by Zurab Tsereteli that was given to the United States as an official gift from the Russian government as a memorial to the victims of the September 11 attacks in 2001, 26 of whom were Russian, and the 1993 World Trade Center bombing.

It stands at the end of the former Military Ocean Terminal in Bayonne, New Jersey.

The need for world peace is now.

Our governments treat us poorly to cause tension. Which leads to violence and world disarray. Which is then followed with the economy tanking. Which is finalized by terrorism and war.