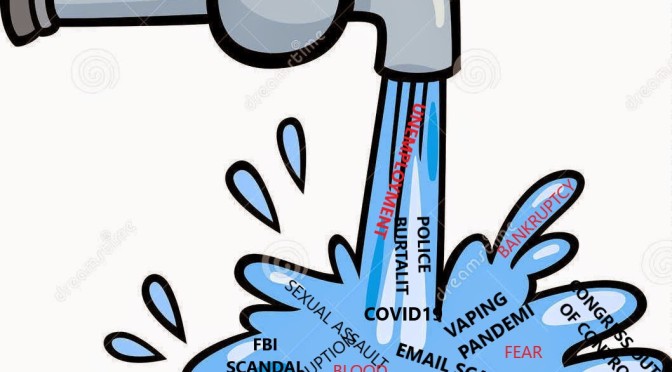 Well it seems someone turned on the spigot and its dumping every where.

What was once so simple has turned evil. It’s Our world, it’s crumbling beneath our feet.

Another mistake, China’s lab leaking, it was a bat? Really, when will the lies stop. This was to control people who were not complying with China’s communist President Xi Jinping plan and protesting peacefully until he sent the gas, water cannons and firing upon the citizens of China. Soon after the people fell ill.

The USA has been interrupted with corruption on the hill like no other time in history. JFK was nothing. They took him out quickly.

Ok so how did COVID19 get to America and Spread in certain cities with different strains?

What are the chemtrails really being used for? Stop and look around you. Trees and plants are rotting, rivers are rising and dams are breaking. From the coldness of some parts of the world to hottest melting glaciers are creating many dangers to come.

This is the slow death of America on steroids. Many other countries have been devastated by Covid19 at the height of a great 2nd year for the economy.

It’s funny how the movies have portrayed all of this, before its time!!!

Watching the sheep follow the lions down the dangerous slope.

Ask Questions and don’t stop at just one!!!

Main points made by the doctor:

1. The answer as to whether or not we need to continue to stay at home and keep businesses closed is an emphatic “NO”.

2. Covid-19 is in fact no more dangerous than seasonal flu.

3. Quarantining is a health hazard in and of itself.

4. ER doctors are being pressured to add Covid-19 to death reports, even when it’s not Covid-19.

5. Not about science. Not about Covid-19. When they use the word “safe” – that’s about controlling you.

Time to get back to work America.

Free people don’t have to ask for permission to live. Remember, you have an inalienable right to resume your life.

Take what you want from the information provided.

Another stunt by the Democratic Party to delay STATE legislation… TEXAS gets the job done.

By Chad Rhodes  07/13/2021   Cowards to say the least. Democrats flee Texas in an effort to block new voting “integrity restrictions”. Texas Democratic Representatives did not get a win, just delay. Texas house OK’s arrests for those who fled.   My question is who’s flipping for the bill this time? More taxpayers money spent … END_OF_DOCUMENT_TOKEN_TO_BE_REPLACED

01/15/2021 BY: Chad Rhodes Not sure if you have noticed the difference in the treatment between parties in the news. Oregon, Washington, California Riots “Demonstrators are burning down towns and killing innocent people” “The people are very upset over what has taken place”. “Trump is picking on the demonstrators and sending in the police to … END_OF_DOCUMENT_TOKEN_TO_BE_REPLACED

Coffee POD’s, K-Cup’s and Capsules… SHAME ON YOU!!!

1/12/2021 By: Chad Rhodes WOW… didn’t you say that you wanted to clean up the world? So we move away from using paper and re-useable mesh screen filters and replace them with plastic and aluminum pods, k-cups and capsules. You are the PROBLEM… Just another way to add to the pollution problem. According to Zerowasteman.com … END_OF_DOCUMENT_TOKEN_TO_BE_REPLACED

So the question for today is why???? 01/12/2021 BY: Chad Rhodes Just saw the video on CBS morning news. You clearly see the police move the gates and move to the side. Snopes.com says it was “FALSE”. Funny thing is I saw it on CBS news.

Life is on full kilter

Police Brutality, COVID-19, unrest around the world, riots and demonstrations for rights that should have never had to be given in the first place, monuments from history sent crashing to the ground.

THE MASSIVE FLOOD OF 2020 NEWS REPORTERS FORGOT ALL ABOUT.

WHERE IS THE NEWS FOOTAGE? The news gave this matter 10 minutes of coverage and never to be heard about again. Focusing on President Trump and COVID19 for ratings is where they are. There is another town in peril today due to flooding. We need to start to improve our communities. Put the money back … END_OF_DOCUMENT_TOKEN_TO_BE_REPLACED

In June 2009, the World Health Organization (WHO) declared the new strain of swine-origin H1N1 as a pandemic.

This novel virus spread worldwide and had caused 18,500 laboratory-confirmed deaths with an estimated 151,700 to 575,400 deaths total[3][4] by August of 2010. On 10 August 2010, the World Health Organization declared the H1N1 influenza pandemic over, saying worldwide flu activity had returned to typical seasonal patterns.

Additionally, CDC estimated that 151,700-575,400 people worldwide died from (H1N1)pdm09 virus infection during the first year the virus circulated.** Globally, 80 percent of (H1N1)pdm09 virus-related deaths were estimated to have occurred in people younger than 65 years of age. This differs greatly from typical seasonal influenza epidemics, during which about 70 percent to 90 percent of deaths are estimated to occur in people 65 years and older.

Swine influenza virus is common throughout pig populations worldwide. Transmission of the virus from pigs to humans is not common and does not always lead to human influenza, often resulting only in the production of antibodies in the blood. If transmission does cause human influenza, it is called zoonotic swine flu or a variant virus. People with regular exposure to pigs are at increased risk of swine flu infection. The meat of an infected animal poses no risk of infection when properly cooked.

Pigs experimentally infected with the strain of swine flu that caused the human pandemic of 2009–10 showed clinical signs of flu within four days, and the virus spread to other uninfected pigs housed with the infected ones.[

The United States mounted a complex, multi-faceted and long-term response to the pandemic, summarized in The 2009 H1N1 Pandemic: Summary Highlights, April 2009-April 2010. On August 10, 2010, WHO declared an end to the global 2009 H1N1 influenza pandemic. However, (H1N1)pdm09 virus continues to circulate as a seasonal flu virus, and cause illness, hospitalization, and deaths worldwide every year.

U GOT IT BAD… SHUT THE DOOR FRIDAY 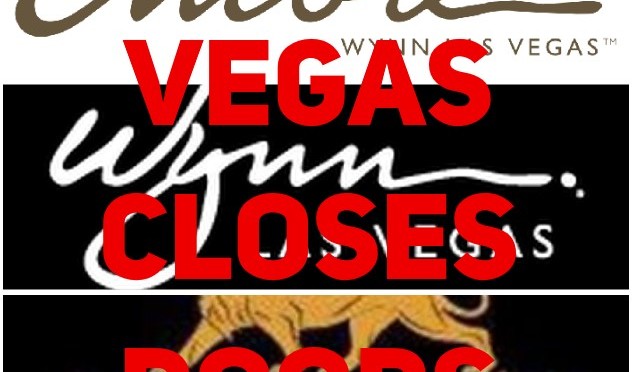 COVID-19 has no place inside the enclosed area of the casinos, restaurants and air systems. Vegas runs on recycled air…

Good call…. That could have been just like the cruise ships, a nasty recycled petri dish.!!!

You know its serious when the top casinos close. Billions in revenue will be lost in the weeks to follow the covid19.

This will cost American businesses in the billions to trillions, depending on the length of time that the world has to come to a grinding hault.

This situation is far from over. The following days ahead will be trying as more people are infected and the death tolls rise.

STAY HOME if you can and be safe.